In the area of ​​Lum Mahachai Chumpon temple Taksin Maharat Road Tha Pradu Subdistrict, There is a large Sato tree in front of the shrine, about 300 years old. It is said that King Taksin brought an elephant to bind under the Sato tree. When he passed by Rayong to gather troops and form an army to prepare Freedom in Chanthaburi
Inside the court, there is a statue of King Taksin enshrined in the standing posture. And there is an annual celebration during the Chinese New Year. Open daily from 06:00 to 18:00. There is also an old church with beautiful architecture and stucco designs influencing Chinese art. Travel can take the Sukhumvit Road 3 starting from City until reaching the clock tower about 200 meters to the Taksin junction. Turn right at the Taksin junction. Enter Taksin Maharaj Road

Shrine of King Taksin the Great Was the location that in the old days King Taksin the Great used to gather troops Before traveling to Chanthaboon Or Chanthaburi province at present Which the troops gathered were mostly villagers of Chong descent
(Chong is an original group of the eastern region. Distribution in the eastern region of Thailand, including Chanthaburi, Trat, Rayong, and Chachoengsao. Especially in areas that are continuous with Cambodia Which has its own language Currently, there is little remaining) and an elephant is tied to the area under the Satue tree in front of the King Taksin Shrine. Which is now over 300 years old

– King Taksin the Great The King, who frees independence from Burma for Thailand. And is the only King of Thonburi – This is the actual area where in the past there were troops and troops gathered in this area. – There is an elephant tied at the Satao tree. Which is over 300 years old 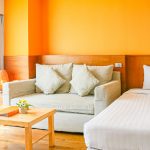 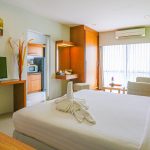 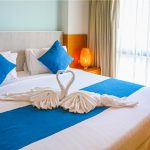